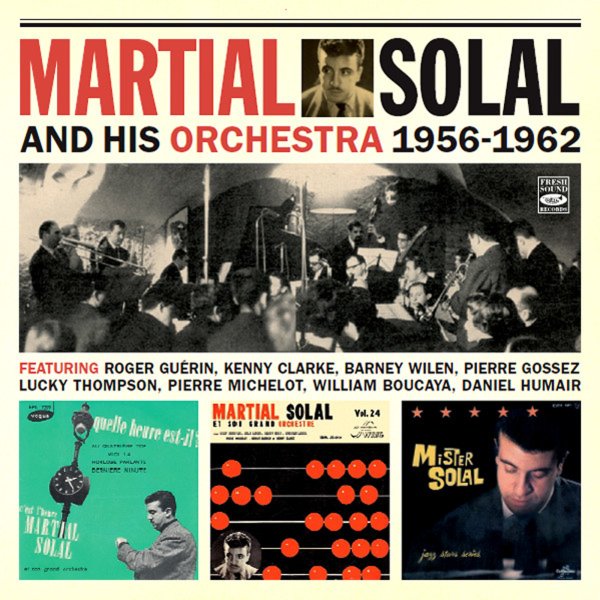 Fantastic early work from Martial Solal – a player who's every bit as striking here in larger group recordings as he is in the trio and solo material that's dominated the later decades of his music! The groups are large, and filled with all-star musicians – yet the recording quality always seems to have Solal's piano strongly out front in the mix – spinning out these modern jazz solos that are really tremendous, and which often make for a fantastic contrast to some of the more forward-swinging modes of the rest of the group! If there's a French jazz musician from the late 50s you can think of, they're probably on one of these sessions – as players include Barney Wilen on tenor, Roger Guerin on trumpet, Benny Vasseur and Nat Peck on trombone, and Hubert Rostaing on alto – and rhythm is by Pierre Michelot on bass and Kenny Clarke on drums on a good number of tracks. The set features rare material from two 7" EP releases, and one full length set – all originals by Solal, with titles that include "Studio Fagon", "Yes Or No", "Petite Poupee", "Midi 1/4", "Horloge Parlant", "Fantasque", "Alhambra", and "Middle Jazz".  © 1996-2022, Dusty Groove, Inc.