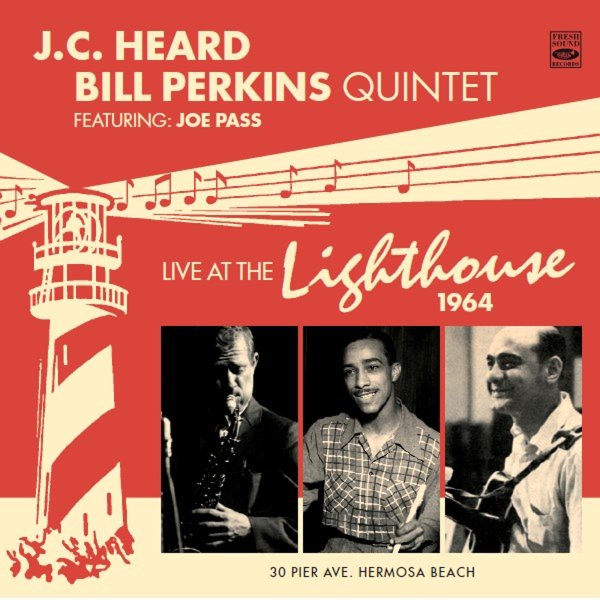 A never-heard performance from drummer JC Heard – recorded right after he moved to the LA jazz scene, in the kind of a live date that made 60s performances from the Lighthouse even better than recordings at that club during the 50s! The album's a real revelation for work from co-leader Bill Perkins on tenor and baritone – very sharp-edged, and more longform and imaginative than his tighter 50s performances – a bit like the change that Richie Kamuca made during the 60s too, especially on his live recordings. The rest of the group is great too – and a young Frank Strazzeri is great on piano, alongside Jim Hughart on bass – and some key work from the young Joe Pass on guitar. Titles include "Don't Stand Up", "JC's Tune", "Mambo Bop", "Sometime Ago", "Passion Flower", "Blues In Hoss Flat", and "Bob's Blues".  © 1996-2022, Dusty Groove, Inc.