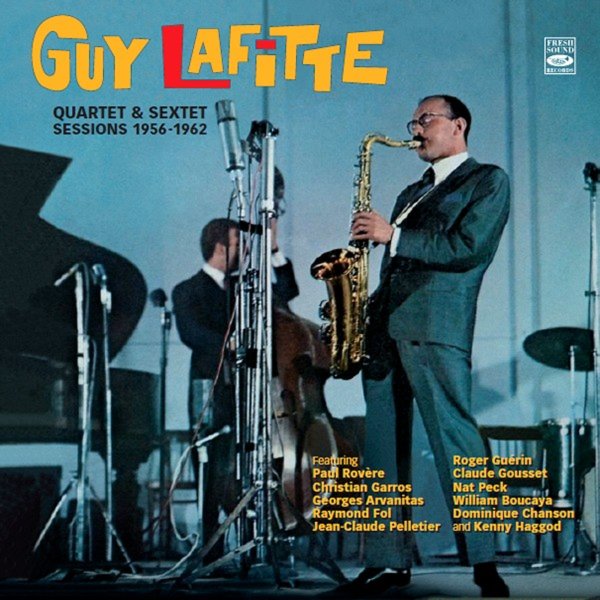 A treasure trove of rare work from the great Guy Lafitte – a rich-voiced tenor talent from the French scene of the postwar years – every bit as important to their world as Coleman Hawkins and Lester Young were to ours! Lafitte's a player who came up in larger groups – and as such, developed a tone that could really stand out of the pack – a deep, soulful approach to jazz that's even more compelling in the small combo material features in this set – all tracks from rare 10" albums and 7" EP releases that are brought together here for the first time – a much-needed look at Lafitte's years before his more-circulated full albums recorded for RCA in the 60s and 70s. The sound is superb throughout – and other players include George Arvanitas and Raymond Fol on piano, Nat Peck on trombone, Roger Guerin on trumpet, and Dominique Chanson on alto and flute. Bop legend Kenny Hagood sings on three tracks – and titles include "Le Conte", "Corail", "Portrait De Camille", "A Song Was Born", "Queenie", "Tranquillment", "Plucky", "The Mill & The River", "Le Chat Qui Dort", and "Lonesome Lover Blues".  © 1996-2022, Dusty Groove, Inc.