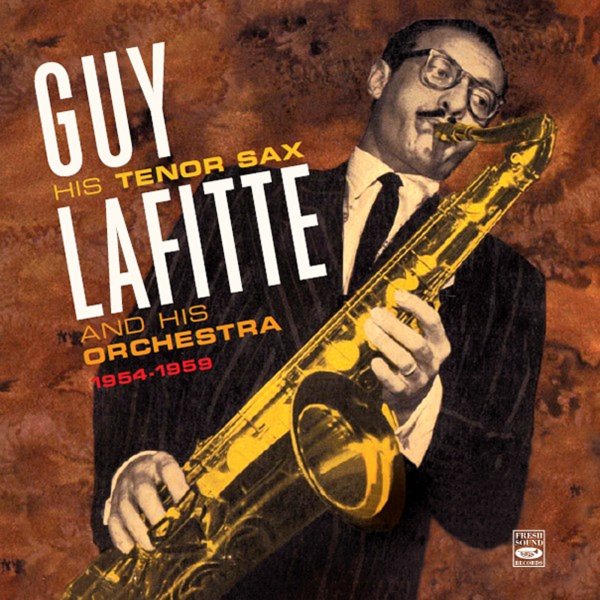 Tenorist Guy Lafitte's a hell of a player – the kind of talent who easily rivaled some of the American greats of the postwar years on his instrument, but whose music rarely made it out of the French scene in which it was recorded! And although Lafitte sounded great in a small combo, his sound was bold enough to step out in larger groups too – which you'll hear hear on some of the sextet-plus groups that make up the recordings on the CD! The music's a great first step in the French jazz world as it was finding its own voice – and Lafitte blows alongside other giants who include Raymond Fol and Martial Solal on piano, Benny Vasseur on trombone, and Roger Guerin on trumpets – in this collection of material from some of his rare 10" album releases of the time. CD features 18 tracks in all – and titles include "Caravan", "Swingin The Berry's", "My Ideal", "Stay Cool", "Blues For Vidi", "Reminiscing Mood", "Cynthia's In Love", "Do Not Disturb", "Genevieve", and "Cameleon".  © 1996-2022, Dusty Groove, Inc.