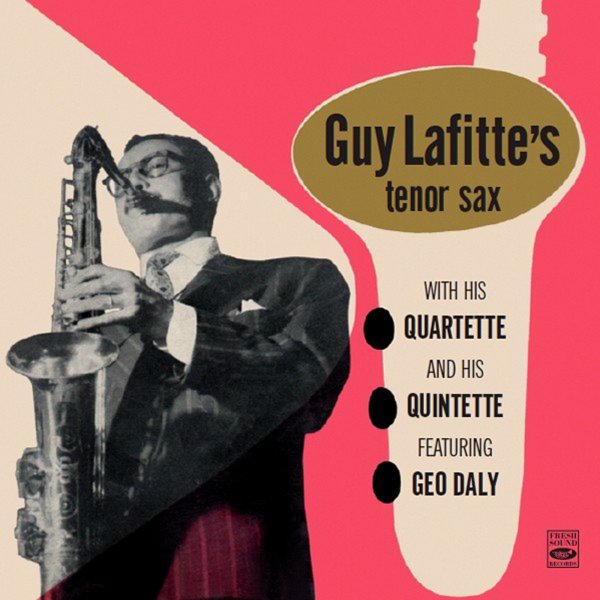 One of the greatest tenor stars in postwar Europe was Guy Lafitte – a magnificent player whose genius rivalled Coleman Hawkins and Ben Webster, but also one who's been sadly underrecognized outside the French scene of which he was a part! Most of Lafitte's best work from the old days is extremely rare – especially the small group material like this, which really lets you hear his amazing tone on the tenor – played here with a quality that often rivals some of the best Verve tenor-based albums of the time. The set features material from two different 10" albums, and the great Blue & Sentimental record – and all the tracks feature vibes from Geo Daly – an amazing complement to Lafitte's tenor! Other players include Raymond Fol and Andre Periany on piano, Jean Pierre Sasson on guitar, Buddy Banks on bass, and Teddy Martin on drums – and the set features 20 tracks in all, with titles that include "Stardust", "Krum Elbow Blues", "Where Or When", "Chase A La Baute", "If I Could Be With You", "Melodie Au Crepuscule", "Partnership Boys", "Dans Un Vieux Livre", and "Flying Back".  © 1996-2022, Dusty Groove, Inc.