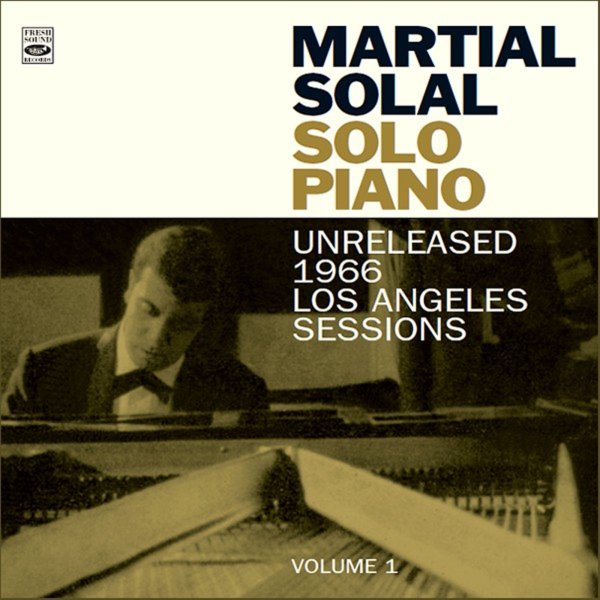 Never-heard work from the great Martial Solal – a hell of a pianist in a hell of a setting – beautifully-recorded performances done in California during the 60s – right at a time when Solal was really stretching out and forging the sort of sound that would make him a modern jazz legend for decades to come! The recordings have a slightly interesting story – they were part of a project by Ross Russell, who'd owned the legendary Dial Records bop powerhouse in the late 40s – an attempt to get back into the jazz business, something that never happened at the time. Given the care that Russell brought to his famous early recordings of Errol Garner and Dodo Marmarosa, you can guess the quality of these sides too – with Solal working on a wonderfully resonant Steinway piano – completely opening up the tunes and making them his own. The level of imagination and dexterity on the keys is astounding throughout – and titles on this first volume include "Groovin High", "Un Poco Loco", "Billie's Bounce", "Blue Monk", "Lover Man", "Now's The Time", "Yardbird Suite", "Ornithology", "Night In Tunisia", and "I Can't Get Started".  © 1996-2022, Dusty Groove, Inc.