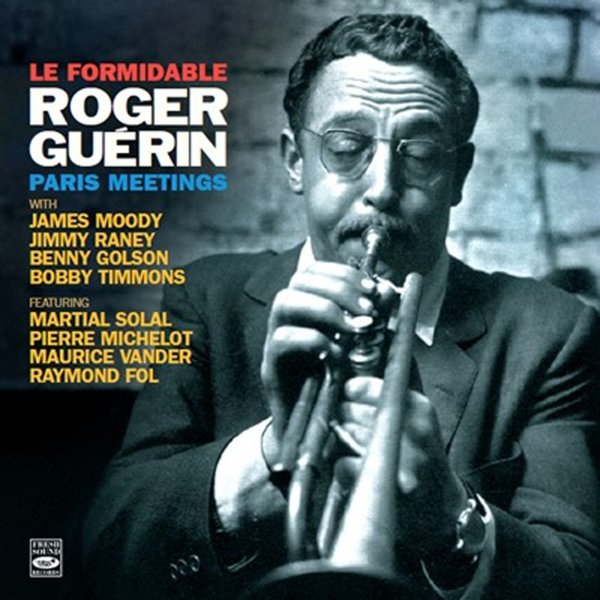 A well-done overview of some of the best recordings by trumpeter Roger Guerin – one of the most important players on his instrument in Paris during the postwar years – and one of the few to regularly interact with important soloists from overseas! This set brings together Guerin in both dates as a leader, and as a key guest with others – pulled from a section of rare 10" and 7" releases, plus a few full album recordings as well – all bundled together here in a package that really lets Roger's trumpet talents shine! There's a huge range of material here – and the set begins with a few tracks from a session with James Moody on alto in 1961, a few more from a date with guitarist Jimmy Raney in 1954 – then moves into a quartet date with Martial Solal in 1956 and one with pianist Christian Chevailier during that same year. The set has four great tracks with a 1958 date co-led with the great Benny Golson on tenor, with Bobby Timmons on piano in the group – then ends with one track with Michel Hausser on vibes and Martial Solal on piano. The book includes detailed notes on all the sessions – and titles include "Bootsie", "Vline", "Chet", "Mythe", "Blues March", "I Remember Clifford", "Not Serious", "Ca Turne", "Night & Day", "Deep Purple", and "Sweet Feeling".  © 1996-2022, Dusty Groove, Inc.