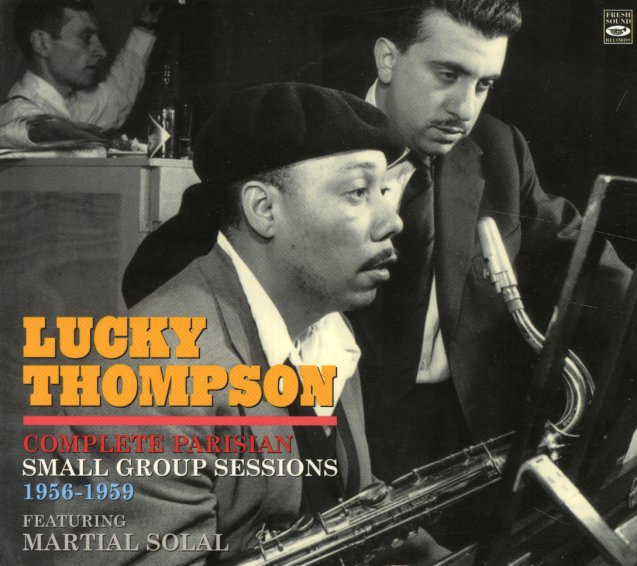 A really fantastic collection of work from tenor genius Lucky Thompson – even if you think you've already got some of his French recordings of the late 50s! This set is 4CDs – and features lots of obscure singles, EP, and album releases – lots of wonderful material for a variety of labels – beautifully presented with great notes, and images of the records too! Throughout it all, the raspy tenor sound that makes Thompson great is very firmly in place – already finding new strengths in these overseas recordings – the start of a trend that would have Lucky really finding ways to grow every time he left our shores. The package is huge, with so much material we had never heard before (and we have lots of other Lucky Thompson Paris sets!) – and the overall presentation and attention to detail is superb – with a 32 page booklet of notes that's filled with details on these rare recordings.  © 1996-2022, Dusty Groove, Inc.