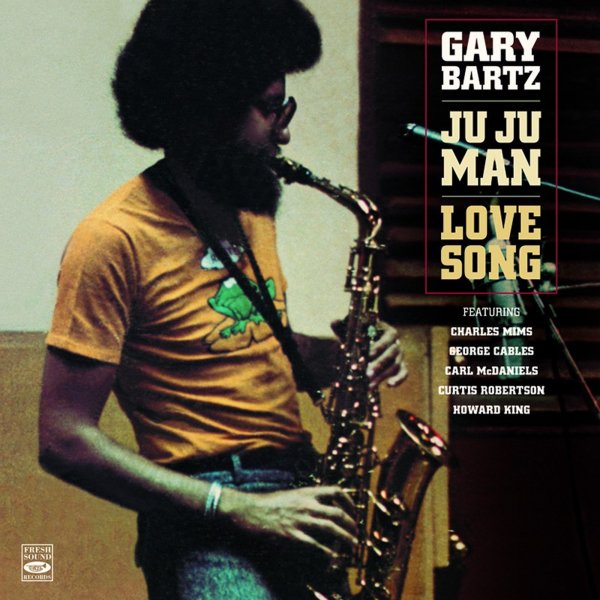 Two overlooked albums from Gary Bartz – back to back on a single CD! First up is Ju Ju Man – a rare treat from saxophonist Gary Bartz – material recorded for a small west coast label after his initial classics on Prestige Records – but in a vibe that's different than the fuller productions of his albums on Capitol Records in the late 70s! The sound here is nicely intimate – almost like a record on the Black Jazz label – as Bartz blows alto and soprano sax in the company of Charles Mims on piano, Curtis Robertson on bass, and Howard King on drums – players with a gently soulful groove who stretch out nicely with Gary on the album's long tracks. Syreeta makes a guest appearance on vocals on a cool version of "My Funny Valentine", and other titles include "Ju Ju Man", "Pisces Daddy Blue", "Straight Street", and "Chelsea Bridge". Love Song is a great little album of sweet soulful jazz tracks from saxophonist Gary Bartz – done with a singing, swinging style that's a great bridge between his work on Prestige and Capitol, and which picks up on the warmer moments of his work with Larry Mizell, but without any of the larger arrangements! The group is a quintet with George Cables on electric piano, and two cuts have additional vocals by Rita Greene – who sings along with Gary's sax in a very soulful way, using those nice changes that were showing up towards the end of his years at Prestige – that unique approach to rhythm that always made his 70s work so wonderful! Greene sings on "Love Song" and "Interlude/Just Suppose" – and other titles include "You", "Lonely Girl", "Don't Stop Now", and "Afterthoughts".  © 1996-2022, Dusty Groove, Inc.