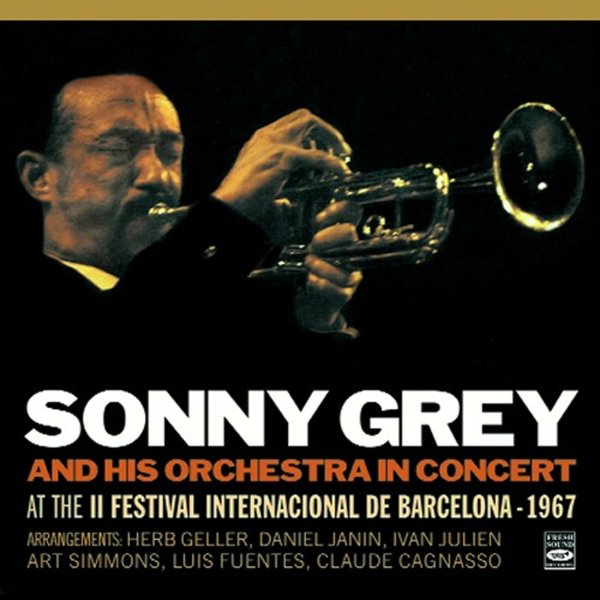 Trumpeter Sonny Grey has a brash, bold tone on his instrument here – similar to that of Jamaican contemporary Shake Keane – well-recorded out front of a larger ensemble in a Spanish performance – with these breakout solos that create a real sense of electricity throughout! In addition to Grey's trumpet, the group features work from a host of great players from the French scene where Sonny was making his home in the 60s – a lineup that includes Pierre Brissaud and Roger Guerin on trumpets, Bill Tamper and Jean Orieux on trombones, Raymond Leblond on tenor, and Jean Aldegon on alto – working with arrangements by Ivan Jullien and others. The vibe of the record is very similar to some of Jullien's best of the period – and titles include "Blue Jones", "Little Jazz", "Scotch Squatch", "Cry A Blue Tear", "No Sleep", and a version of "Work Song". CD features six more bonus tracks from a 1968 French live date – with Sonny's trumpet in the lead, trumpet from Ivan Jullien, and alto from Dominique Chanson and Philippe Mate – on titles that include "Antony", "Easy To Love", "Scorpion", "Head Under Legs", and "Tenor Madness".  © 1996-2022, Dusty Groove, Inc.