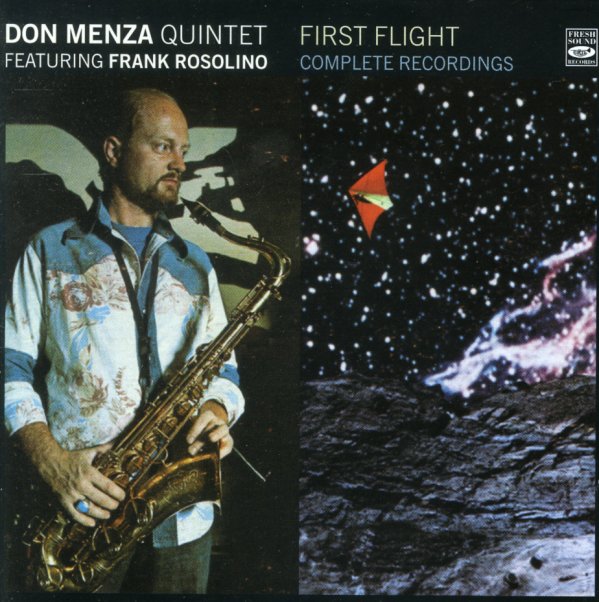 Wicked work from saxophonist Don Menza – really stretching out here in a massively beautiful 70s session for Catalyst Records! Menza was a heck of a player, but one who mostly kept things pretty close to the chest – yet on this album, he blows with a soulful, flowing tone that's simply impeccable – gently gliding along electric rhythms with a really mellow feel! The album unfolds like the petals of some hip 70s flower – gently opening up from tune to tune, peeling back layer upon layer of soulful sound – as Menza blows on tenor, soprano, and flute – with a group that includes Alan Broadbent on piano and electric keys, Frank Rosolino on trombone, and Paulinho and Claudio Slon on percussion. All tracks are original, and titles include "Samba De Rollins", "Magnolia Rose", "Ballad Of The Matador", and "Groove Blues". Features a full bonus CD of alternate tracks from the session – plus the unissued titles "Bones Blues", "Intrigue", and "Spanish Boots".  © 1996-2022, Dusty Groove, Inc.