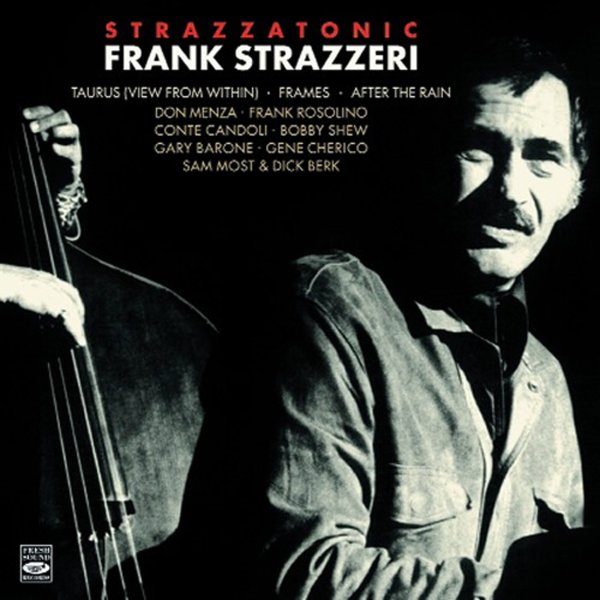 Three killer albums from pianist Frank Strazzeri – all brought together in a wonderful demonstration of his genius during the 70s! First up is Taurus, a record that's also known as View From Within – a date that has Frank playing Fender Rhodes with a wonderful sound – that open quality he always had in acoustic piano, stretched out even more with the space allowed by The Rhodes! The group features work from Conte Candoli on trumpet, Frank Rosolino on trombone, and Don Menza on tenor and flute, in a nicely laidback vibe – with tracks that include "Strazzatonic", "Taurus", "Lazy Moments", "View From Within", "Calcutta", and "Sphinx". Frames is a great overlooked set from the 70s – one that has the mighty Frank Strazzeri working some real magic on Fender Rhodes – with an open style that's completely wonderful, and warmed up even more with help from Don Menza on soprano sax and flute, Frank Rosolino on trombone, and Gary Barone on trumpet. Titles include "Frames", "Injun Jo", "Jo Gee", "Ballad Of The Matador", and "La Mosca". After The Rain is filled with funky keyboard work from Frank Strazzeri – a player who's really stretching out here in the 70s, with a massively cosmic vibe you'd never have guessed from his earlier work! Strazzeri had recorded and played heavily around the LA scene by the time of this mid 70s release – but most of his other work was a bit restrained, and hardly as wonderfully soulful as this! Frank's working here on moog and electric piano – in a group that includes Sam Most on tenor, Bobby Shew on trumpet, and Don Alias on percussion – grooving with Frank in a gently funky way that's got a heck of a lot of soul, and which makes for some nice extended tunes. Titles include "After The Rain", "Rush Hour", "Philadelphia Flyer", "Cloudburst", and "The Third Eye".  © 1996-2022, Dusty Groove, Inc.