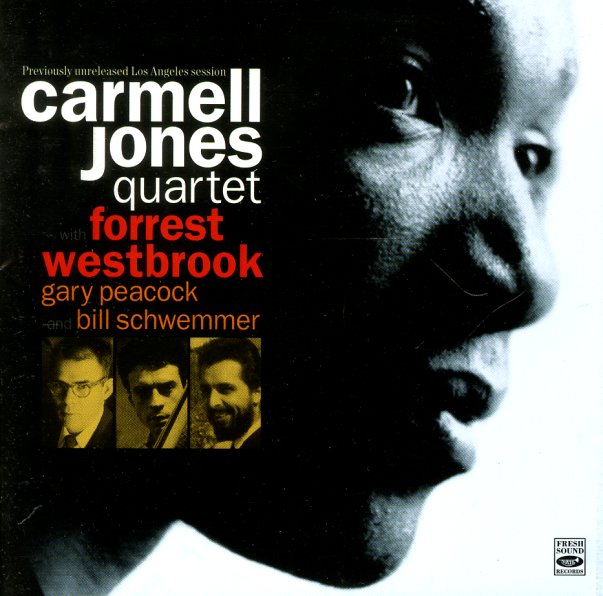 A never-issued session from trumpeter Carmell Jones – fresh on the LA scene at the time of this recording, and ready to bring the kind of fresh, soulful energy to the city that made his rare few albums as a leader so great! The date was put together by pianist Forrest Westbrook, who recorded the material in his own studio – and the group's a very unusual one, with a young Gary Peacock on bass and Bill Schwemmer on drums – both players who nicely defer to the piano and trumpet, especially the latter – as Jones is clearly the shining star of the date! All tracks are standards, but there's a freshness to Carmell's performance that's great – on tunes that include "Willow Weep For Me", "If I Love Again", "Baubles Bangles & Beads", "Airegin", and "For Every Man There's A Woman". Plus, CD features four more alternate takes from the sessions!  © 1996-2022, Dusty Groove, Inc.