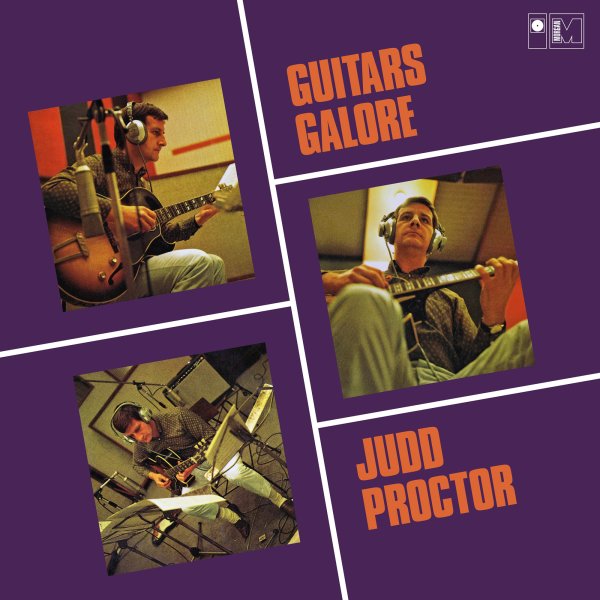 A rare jazz trio set from the UK scene of the 60s – served up by guitarist Judd Proctor, a player with a touch that's unlike anyone else we can think of! Judd's got a way of not just making the notes cascade from his instrument with ease – but also flying off all these tones and colors around the edges – almost like the command of a blues-influenced guitarist, but the leaner performance of a jazz musician – set up here in a trio with bass from Dick Abell and drums from Barry Morgan. Sound library maestro Duncan Lamont handled the arrangements, which may well be part of the strength of the record – and the whole thing has that cool, chromatic vibe of some of our favorite Howard Roberts albums from the 60s – but with a touch that's Proctor's own. Titles include "Tall Girl", "Kate Walk", "Guitars Galore", "Chelsea Cat", "Red Pepper", "La Gamba", "Sounds Of Mars", and "Fabiola".  © 1996-2022, Dusty Groove, Inc.