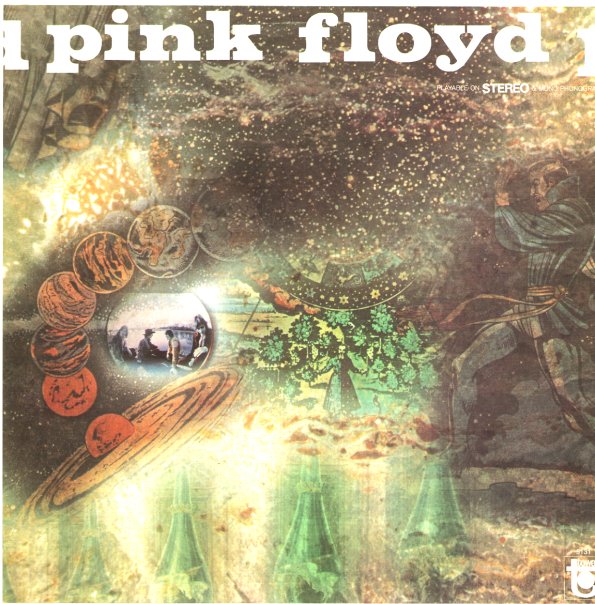 Pink Floyd rose out of the same London scene that gave the world a huge amount of psychedelic records in the late 60s – but with a set like this, they're clearly head and shoulders above most of their contemporaries – already working with a boundless sense of imagination and impeccable instrumentation, on a record that's full of delight and surprise at every single twist and turn! The group still sport Syd Barrett vocals and lyrics here, but are also really opening up their guitar spaceship too – soaring to the heavens on the tremendous "Set The Controls For The Heart Of The Sun" – and sending the whole thing home with the cuts "Let There Be More Light", "Corporal Clegg", "Jugband Blues", "See Saw", and "A Saucerful Of Secrets".  © 1996-2022, Dusty Groove, Inc.
(180 gram pressing, remastered from the original mono tapes!)