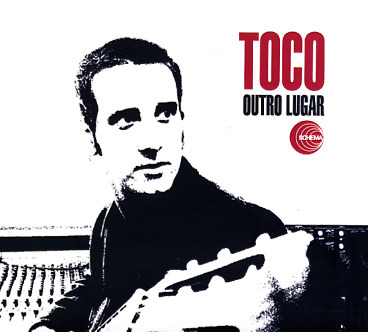 Beautiful bossa work from Toco – a session recorded in Rio with production by S-Tone, and featuring some wonderful acoustic guitar from the legendary Roberto Menescal! Menescal's presence here really helps give the record a classic grounding – a sense of depth and history that surpasses even Toco's great debut – and which is made even better by the presence of Rosalia De Souza on guest vocals on a number of tracks! As with Rosalia's recent Rio sessions, there's a sound here that's warmer, jazzier, and even more traditionally bossa-based than previous Schema releases – with a bit less of a dancefloor focus in the rhythms, and a lot more live instrumentation! All numbers feature small combo backing, and titles include "Litoral", "Zum Zum", "Assuntos Banais", "Bom Motivo", "Samba Noir", "Barracao", "Voz Da Lapa", and "Contradicao", which features guest vocals from Coralie Clement!  © 1996-2022, Dusty Groove, Inc.
(First time on vinyl!)