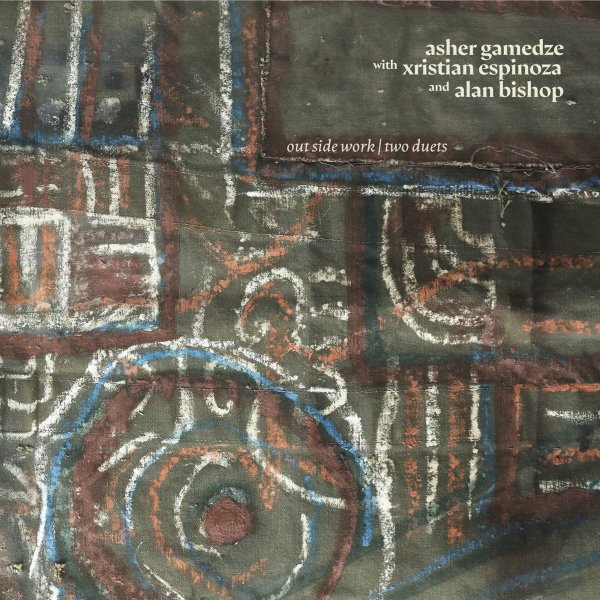 Out Side Work – Two Duets

South African drummer Asher Gamedze steps out here on two side-long duets – both with reeds, but both of them very different! Side one features "Robbing The Clock" with Xinako Espinoza on tenor and added percussion – a tune that has a rhythmic pulse, and a style that maybe has slight echoes of older South African jazz in the way the tenor interacts with the drums – but with a vibe that's looser, and more improvised overall! Side two features "Wild Cats Strike" – a much freer number with alto from Alan Bishop – often very free, at a level that seems to be directing the drums more than the other way around – and Bishop also vocalizes a bit on the track too.  © 1996-2022, Dusty Groove, Inc.