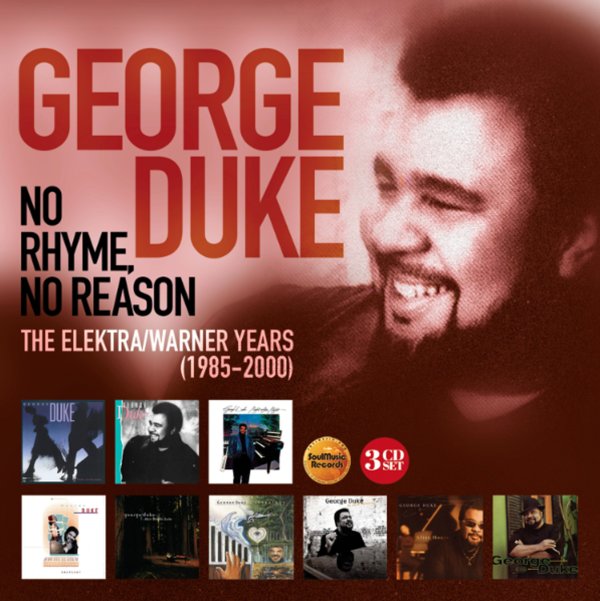 George Duke at the end of the century – still going strong with the wonderful mix of jazz, funk, and soul that he pioneered in the 70s – a style that really grows and shifts in mighty nice way over the course of the material in the set! Duke moved from Epic to Elektra and Warner during the time of these tracks – and while some of the material has George picking up more 80s-styled keyboard elements and rhythms, the set also progresses towards other material that's maybe even more back to basics in a jazz sort of way – first electric, then more acoustic – but with some nice variations that show that Duke, one of the real pioneers, was still doing a lot more with soulful jazz than most of his contemporaries! You'll definitely find a few vocal cuts here – George always had a great ear for a singer – and throughout, the man's skills on the keyboard continue to be strong – especially tilted towards that nice sense of space that Duke picked up after his jamming years in the mid 70s. As with other titles on the Soulmusic label, the choice of cuts is great – really focusing on the kind of special album tracks that show a deeper side of the artist than the singles – with a total of 45 tracks that include "Mystery Eyes", "Say Hello", "The Touch", "From Dusk To Dawn", "It's Our World", "So I'll Pretend", "Montreux Nights", "Love Can Be So Cold", "No Rhyme No Reason", "6 O'Clock", "Fame", "560 SL", "Rise Up", "Guilty", "I Surrender", "Thief In The Night", "The Times We've Known", "All About You", "If You Will", "She's Amazing", "Thinin About You", "Fill The Need", and "Never Be Another".  © 1996-2023, Dusty Groove, Inc.

Jazz Funk Collection (3CD set)
Robinsongs (UK), 1970s/Early 80s. New Copy 3 CDs
CD...$24.99 30.99
An amazing tribute to some of the greatest jazz funk of the 70s – the groundbreaking work of trumpeter Donald Byrd, both as a solo act on his own, and as the inspiration for the mighty Blackbyrds group – both of whom are featured on this set! Byrd first broke into new territory in the ... CD

Where Fortune Smiles
Dawn/Esoteric (UK), 1971. New Copy
CD...$14.99 22.99
A groundbreaking early album from guitarist John McLaughlin – a set that's a bit different than his more famous work of the mid 70s – with maybe a more avant approach, and a lot more bite as well! The set's really an equal collaboration, rather than just a McLaughlin session – ... CD