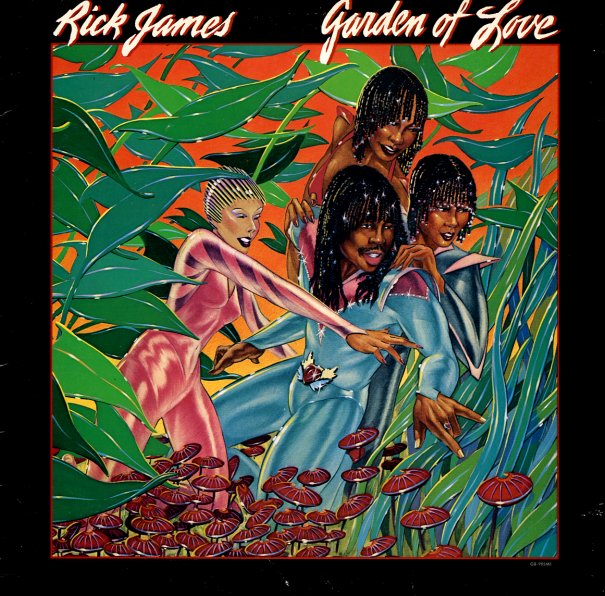 Garden Of Love (with bonus tracks)

An overlooked gem from Rick James' classic early run for Motown – a set that maybe didn't chart as big as some of his other records for the label, but which stands strongly today as a well-crafted batch of mellow funky soul! James has a bit less of the bass-heavy riffs here than you'd expect – and instead, the record has kind of a laidback, almost dreamy feel at times – still upbeat, but with the kind of relaxed, glowing vibe you'd be more likely to find from Teena Marie around this point – a really nice contrast with the more familiar hit sounds you'd know from Rick! We actually really like these mellower groovers – which are almost like some of Johnny Watson's Caribbean-tinged grooves – and the production augments the tunes with a bit of sound effects, which really furthers the paradise garden feel of the tunes. Titles include "Mary Go Round", "Summer Love", "Big Time", "Don't Give Up On Love", "Getting It On In The Sunshine", and "Island Lady". CD features a previously unreleased demo of "Gypsy Girl", and a previously unreleased extended version of "Big Time".  © 1996-2022, Dusty Groove, Inc.