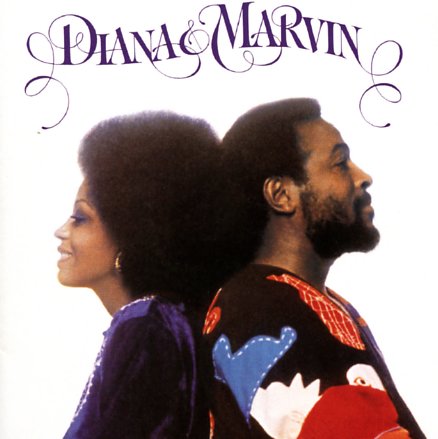 A surprisingly nice album – even if you're not a fan of Diana Ross! Given that Marvin and Diana are standing back to back on the front cover, we kind of get the idea that there wasn't as much sympathy in the session as on some of Marvin's classic duet sides from the 60s with Tammi Terrell – but the record's actually not that bad, though – thanks to a sweet smooth soulful style that's very much in the style of Marvin's Let's Get It On album. Of course, the overall project isn't nearly as sublime – but the record does feature arrangements by Paul Riser, James Carmichael, Dave Blumberg, and Gene Page that have a seductive quality that moves well past the vocal mismatch. Titles include "Stop, Look, Listen", "Just Say, Just Say", "I'm Falling In Love With You", "Include Me In Your Life", "You Are Everything", "Love Twins", and "My Mistake", plus the bonus tracks "Alone", "I'll Keep My Light In My Window", and "The Things I Will Not Miss".  © 1996-2022, Dusty Groove, Inc.