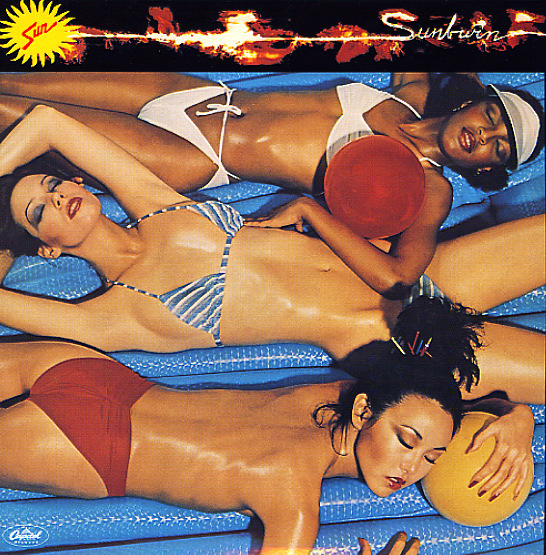 Massive work from Sun – a tightly crafted batch of dancefloor funk that reminds us of some of our favorite work from Fantasy Records at the time – especially some of the more righteous groups that blended equal parts jazz and soul! Sun's got a tightness here that's amazing – right up there with Earth Wind & Fire at their best, but not as commercial overall – and instead, always delivered with a nice sense of righteous energy! The set kicks off with the wicked "Sun Is Here", a guitar-driven groover with a very famous sample riff – and a sound that's somehow more stripped-down and jazz funk-driven than a lot of the group's other tunes. Other cuts are pretty great too, with lots of warm bubbly soulful moments – and titles include "Dance", "Long Drawn Out Thang", "I Had A Choice", "Sun Of A Gun", and "You're The One".  © 1996-2023, Dusty Groove, Inc.

Rock Me Tonight
Capitol/Universal (Japan), 1985. New Copy
CD...$12.99 14.99
Freddie Jackson was certainly one of the biggest new soul stars of the 80s – and this debut LP is still a treasure! Freddie's got a skill that transcends his age – with an approach that's decidedly 80s, but classic enough to last for years and years. The songs on the record are all ... CD

LJ Reynolds (1981)/Travelin
Capitol/Expansion (UK), 1981/1982. New Copy
CD...$14.99 19.99
A pair of classic early 80s soul albums from ex-Dramatics singer LJ Reynolds! The self-titled '81 set is killer material in a modern Detroit mode all the way through – with top-shelf production by Reynolds, Don Davis, and Ronnie McNeir/ Ronnie, who'd been lost to the industry for a few ... CD