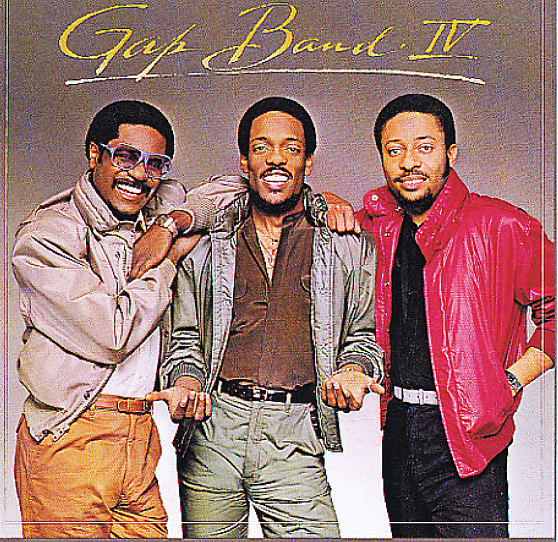 Perhaps the ultimate album for The Gap Band – and sure, it was a hit, but the record still sounds great today, and the constant sampling of some of the record has kept it fresh in the crates for years and years. The band have lost the heavier funk sound of earlier years, and working in a slick 80s groove mode that they both helped to define and put on the charts with the tracks "Outstanding" and "Early In The Morning", both two killer grooves with a complicated instrumental feel, and some wicked harmony vocals over the top. Lonnie Simmons is still producing the band – and other tracks include "Lonely Like Me", "Stay With Me", "Talkin Back", and "You Dropped A Bomb On Me". CD features bonus tracks – "Early In The Morning (12" mix)", "You Dropped A Bomb On Me (12" mix)", "Outstanding (12" mix)", "Early In The Morning (single)", and "Outstanding (12" inst)".  © 1996-2022, Dusty Groove, Inc.

Gap Band VI/Gap Band VII (with bonus tracks)
BGO (UK), Mid 80s. New Copy 2CD
CD...$8.99 19.99
Electro-steeped funky soul from The Gap Band – a pair of mid 80s classic LPs in a 2CD set with bonus tracks! They're already past the "V" in their classic run of 80s albums at this point, and still very much at the top of their game. The core trio work with sweet production from ... CD