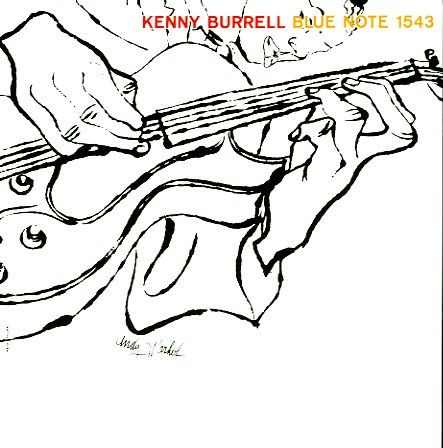 Early genius from Kenny Burrell – a set that features the guitarist sounding beautiful in a variety of settings, all of them great! The format really mixes things up nicely – almost showing a more diverse Kenny than in later years – as one track is solo, and the others feature quartet, quintet, and sextet lineups – with players who include JR Monterose or Frank Foster on tenor, Tommy Flanagan or Bobby Timons on piano, Oscar Pettiford or Sam Jones on bass, Kenny Dorham on trumpet, and Kenny Clarke or Shadow Wilson on drums. The solo track is a great version of "But Not For Me" – and other titles include "Mexico City", "Cheeta", "Phinupi", and "Now See How You Are".  © 1996-2023, Dusty Groove, Inc.
(Part of the fantastic Blue Note Tone Poet series – heavy cover and vinyl!)