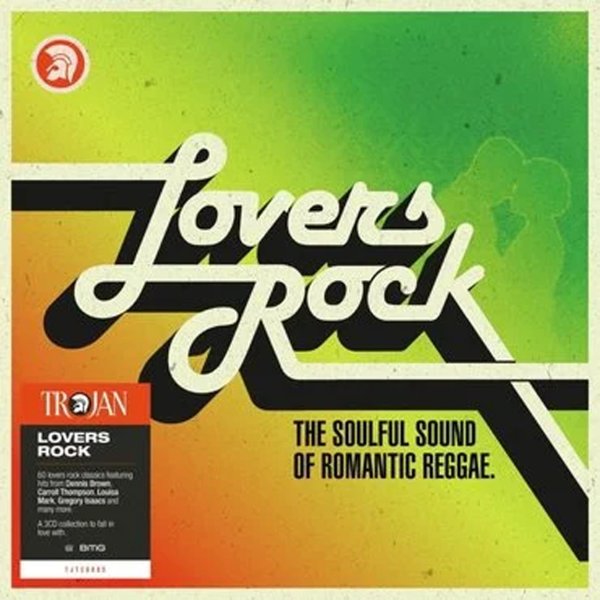 A great look at a really magical moment in Jamaican music – one in which the influence of the big UK audience was felt in styles back home – and also in which some shifting modes in American soul also helped create some new modes of expression! Lovers Rock is a mellower, gentler version of reggae than some of the roots rock or headier dub recordings of the 70s – going back to the soul that first inspired Jamaicans to make their own grooves back in the 60s – but with an updated style that has more mature, sophisticated modes coming into play – great vocals that go wonderfully with the slow-stepping and midtempo grooves of the tracks! Make no mistake, this is still reggae, but just with less politics and more interpersonal themes – well-collected here on titles that include "Caught You In A Lie" by Louisa Mark, "Can't Go Through With Life" by Marie Pierre, "I'm Still In Love With You" by Marcia Aitken, "Silly Games" by Janet Kay, "Dim The Light" by Winston Ready, "Someone Loves You Honey" by JC Lodge, "Money In My Pocket" by Dennis Brown, "Night Nurse" by Gregory Isaacs, "I'm So Sorry" by Carroll Thompson, "Ghetto Queen" by John Holt, "Key To The World" by Ruddy Thomas, "Love Has Found Its Way" by Dennis Brown, "Getting Crazy" by The In Crowd, and "When Push Comes To Shove" by Freddie McGregor. 3CD set features 60 tracks in all – a huge selection!  © 1996-2022, Dusty Groove, Inc.