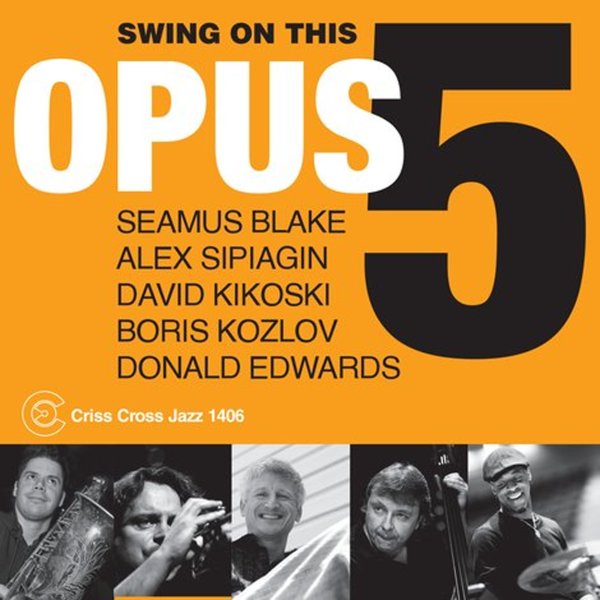 A brilliant set from this long-running quintet of all-star players – each leaders on their own, but coming together here with seamless energy that lets us know that the musicians have all put their egos at the door in order to work together strongly as a unit! It's been a number of years since the last album from Opus 5, but those years have marked a real maturation in the players – a deepening of their individual sounds, which can be heard in both the solos and in the way they gracefully share the space with each other – in a continued exploration of the fresh material that makes their albums so great. The quintet features Seamus Blake on tenor, Alex Sipiagin on trumpet, David Kikoski on piano and Fender Rhodes, Boris Kozlov on bass, and Donald Edwards on drums – and titles include "The Great Divide", "In Case You Missed It", "Pythagoras", "Moonbay", "Fermata", and "Sight Vision".  © 1996-2022, Dusty Groove, Inc.