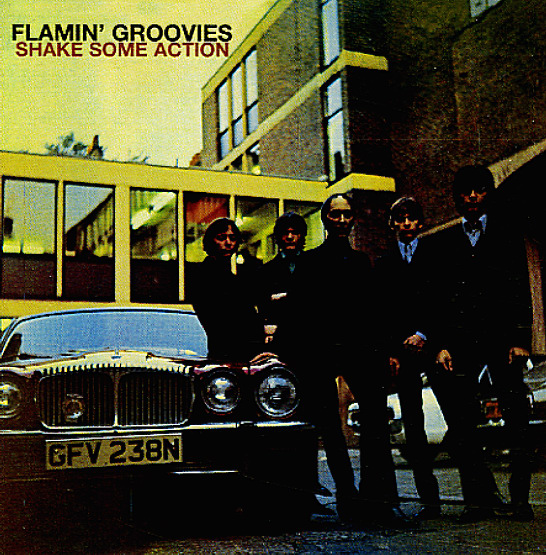 A great move in a fresh direction for the Flaming Groovies – a set that has the group working with producer Dave Edmunds, and hitting this sweet power pop sort of sound! The Groovies still have all the tight energy of before – but they also seem to be paying tribute to an older vintage of British material – as evidenced by their 60s look on the cover, and the album's back cover parody of a stance by The Beatles! The short tracks are plenty tuneful, and Edmunds has a way of compressing the fuzz down tightly, but never in a way that makes things sound slick or commercial. Vocal chorus bits are especially great – surprisingly catchy, almost in a Brit Invasion way – and titles include "Shake Some Action", "You Tore Me Down", "I Saw Her", "Teenage Confidential", "I Can't Hide", "She Said Yeah", and "Sometimes".  © 1996-2022, Dusty Groove, Inc.
(Limited edition colored vinyl pressing!)

Vol 3 – A Childs Guide To Good & Evil (mono – blue vinyl pressing)
Reprise/Jackpot, 1968. New Copy (reissue)
LP...$22.99 25.99 (LP...$19.99)
The continuing genius of the West Coast Pop Art Experimental Band – a group who are certainly as experimental as their name would imply, but who can also come across with some warmer Sunshine Pop touches too! And it's that which makes the group so wonderful – the blend of freak and ... LP, Vinyl record album