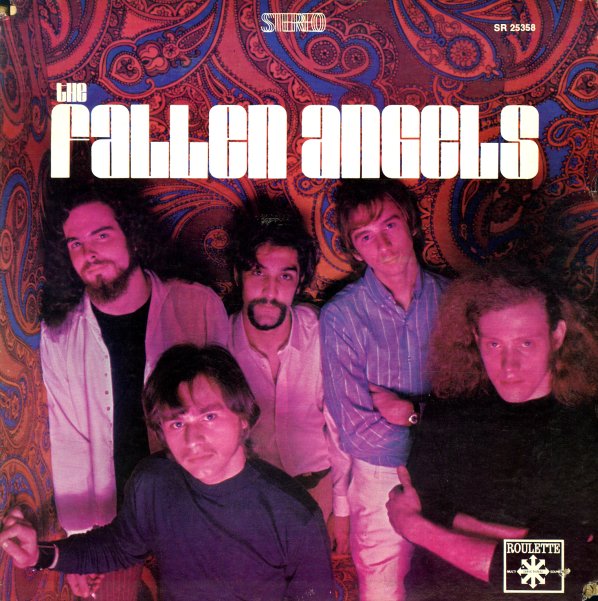 The debut album of The Fallen Angels – one of those great late 60s psych groups who were signed up in a big mid-decade frenzy, got a chance to record some superb work, then were almost completely ignored by their record label! The group have a vibe that's right on the same cusp that the LA scene was hitting at the time – clearly band members with earlier garage, blues, and maybe even a bit of folk experience – coming together in headier territory with plenty of fuzz on the guitar, mixed with all sorts of other weird touches along the way – including sitar, vibes, celeste, kazoo, and even a bit of soft shoe! There's clearly a nice sense of wit in the proceedings – and even though mostly-pop Roulette Records didn't do a thing with the record, it's gone on to become a well-deserved underground treasure over the years. Titles include "Painted Bird", "Introspective Looking Glass", "Your Mother's Homesick Too", "You Have Changed", "No Way Out", "Room At The top", and "Your Friends Here In Dunderville".  © 1996-2023, Dusty Groove, Inc.
(Limited edition colored vinyl pressing!)

Rubber Soul (180 gram vinyl)
Capitol, 1965. New Copy (reissue)
LP...$25.99 29.99 (LP...$24.99, CD)
A landmark leaping-off point for The Beatles – and a record that really paved the way for countless new ideas to come! The mix of catchy pop and freer ideas here is really wonderful – tunes that introduce a whole new mature world in mainstream music – yet manage to have all the ... LP, Vinyl record album

Metallica (180 gram pressing)
Elektra/Blackened, 1991. New Copy 2LP (reissue)
LP...$26.99 31.99
Metallica's breakout smash, the album that catapulted the band and the thrash metal genre to the top of the charts. While the production shines just a little brighter then the first few albums, the band is far from extinguishing their torch as metal trailblazers – to this point, there's very ... LP, Vinyl record album