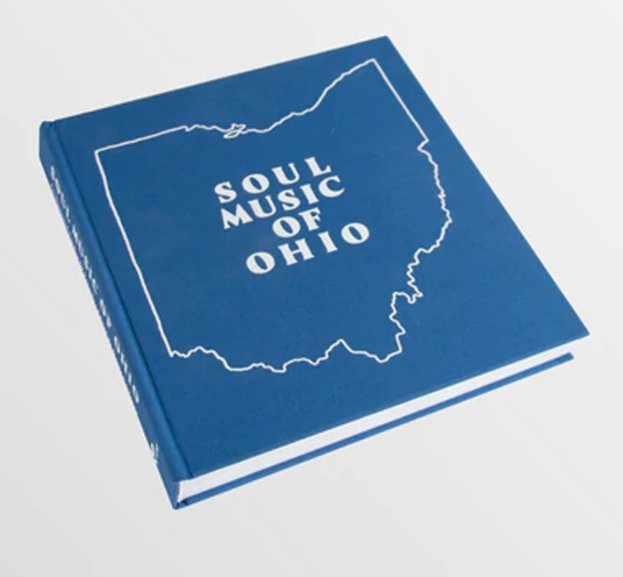 Soul Music Of Ohio – An Illustrated Catalog Of Records (hardcover)

A beautiful book, and one that's almost as enjoyable as finding a box of rare records from the funk and soul underground of the 60s and 70s! The book is a huge overview of funk and soul from Ohio – starting with the early 60s, and running up to the big years of Ohio funk that rose on the charts into the 80s – presented here with information on 1700 different artists, 500 record companies, and over 3000 different albums – many presented with label scans and other visual information too! Both the Numero Group and soul historian Dante Carfagna are no strangers to the Ohio scene – as they've both plumbed the depths in recent decades, and have given us no end of fantastic discoveries that we never would have heard otherwise – really wonderful material from Cinncinnatti, Cleveland, Columbus, and other cities – all music that makes up the rich array of scenes and talents presented in the book. There's a very visual presentation to the book – with over 125 pages alone of rare photos, posters, and other images from the scene – next to another huge chapter that features almost 80 more pages of rare record label scans and covers! Next to that, you'll find chapters that list different Ohio record labels, along with releases; Ohio pressing plants and recording studios; and even Ohio funk and soul artists who recorded for non-Ohio and national labels, and some who made no records at all! We love the presentation – as the huge book is very image and information-heavy, with no essays or other writing at all – beautifully done in a hardcover volume, with 350 pages – super-hefty, and a great gateway to continued digging for rare material from this surprising hotbed of funk and soul. And hopefully, we'll see books on the rest of the 49 states to follow in this format!  © 1996-2022, Dusty Groove, Inc.