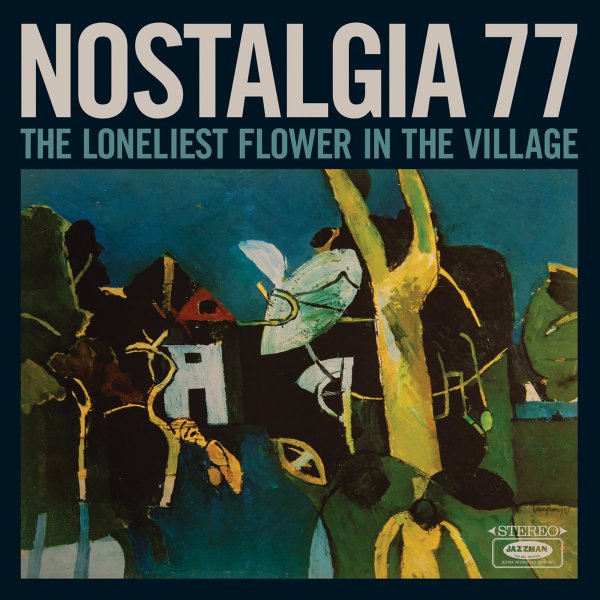 Loneliest Flower In The Village

Also available
Nostalgia 77 — Loneliest Flower In The Village (180 gram pressing) ... LP 26.99
Maybe the greatest music we've heard so far from Nostalgia 77 – a group who started many years back as a jazz-referenced project – but one who here are definitely a fully-fledged combo with a very spiritual vibe! As before, producer Benedic Lamdin is at the helm of the lineup – yet the production is minimal, and instead the whole thing has this instrumental flowering of group members in ways that really fit the spirit of music by Dollar Brand, Chris McGregor, and Sun Ra – who are all covered on the set alongside the group's own original compositions too! The horn work is especially wonderful – a blend of flute from Gareth Lockrane, tenor from James Allsop, and trumpet from Alex Bonney – held down by bass from longtime 77 stalwart Riaan Vosloo on bass, plus Tim Giles on drums, and Ross Stanley on piano and organ. Titles include "Dakar", "Ishmael", "The Sun Is Big", "Love In Outer Space", "Flower", and "The Hooper".  © 1996-2023, Dusty Groove, Inc.