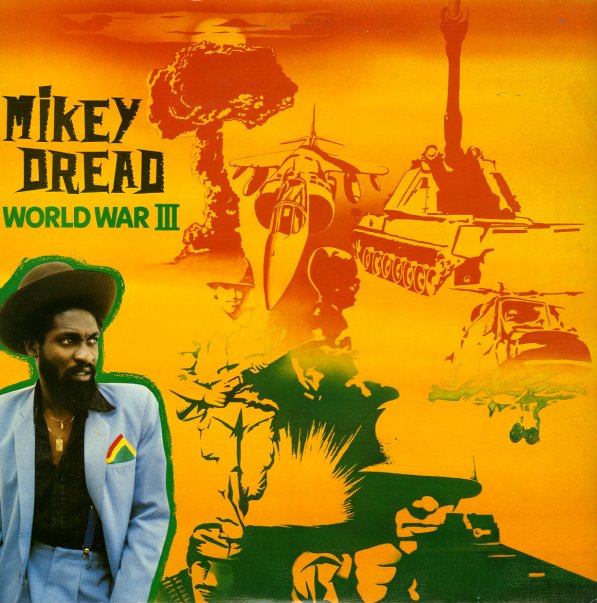 A legendary bit of apocalyptic reggae from the great Mikey Dread – a set issued on his own label, and at a time when he was very much at the top of his game as both a lead artist and producer! There's a leaner style here than Jamaican work of a few years before – a quality that maybe points the way towards the digital age to come, but which still has all the warmth of homegrown productions from the Kingston scene – where Dread recorded the album at both Channel One and Aquarius! The basslines are wonderful – courtesy of Errol Holt – and Lincoln Scott serves up some great splashy drums that work well with the rhythms and production – on titles that include "Money Dread", "Mental Slavery", "Losers Weepers Finders Keepers", "World War III", "Jah Jah Love", and "Break Down The Walls".  © 1996-2022, Dusty Groove, Inc.
(Individually numbered limited edition pressing – on heavyweight transparent yellow vinyl!)