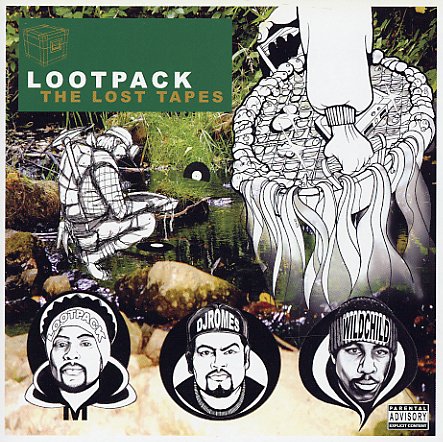 Way more than just a set of "lost tapes" – but that's what we've come to expect for any project that involves Madlib – an artist for whom even the smallest of moments is a thing of greatness! Lootpack are the trio that first helped Madlib rise to fame in the 90s – working alongside Wildchild and DJ Romes, and really perfecting his production skills – and the cuts here are from the years before they got signed to Stones Throw, including work from the Psyche Move EP that was their first solo release. Yet there's also plenty of Stones Throw guests on the project – including Declaime (aka Dudley Perkins), God's Gift, Kazi, Oh No, and Medaphoar – fleshing things out nicely on tracks that include "Inner Soul", "Psyche Move", "I Come Real With This", "Situation", "Get Whack", "Antidote To Antidope", "Attack Of The Tupperware Puppets", "Forever Beef", and "I Declare War".  © 1996-2022, Dusty Groove, Inc.