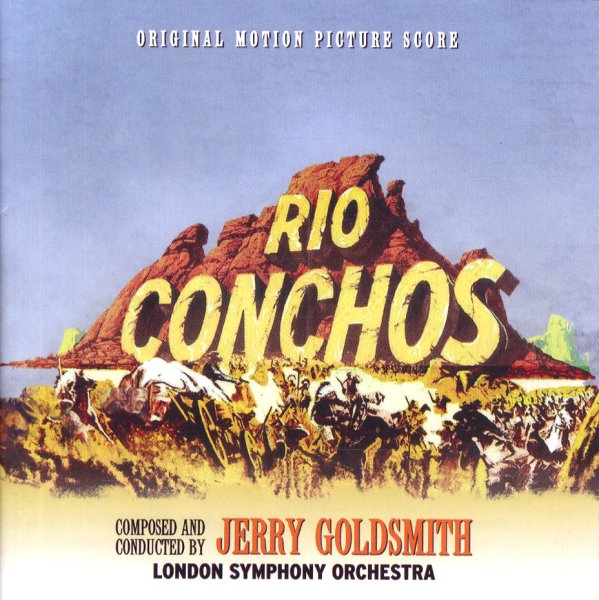 A great Jerry Goldsmith score from the mid 60s – penned for a western, but with a sensitivity that's much more like some of his best dramatic work of the time! There's some wonderful use of woodwinds and strings in the lineup – often with the sense of mature color and tone that Jerry brought to thoughtful crime scores, or some of his more adult soundtracks – including those for well-penned TV dramas. There's some acoustic guitar to provide the right western flair at times – but overall, the style is a nice change from the usual – although with Goldsmith, things are always a cut above the usual too! Titles include "Where's The Water", "Special Delivery", "Lonely Indian", "Bandits Ho", "The Corral", "River Crossing", and "Wall Of Fire". CD includes two alternate takes – plus a 12-minute suite from Goldsmith's score to the classic Charlton Heston vehicle the Agony & The Ecstacy.  © 1996-2022, Dusty Groove, Inc.
(Remastered edition!)