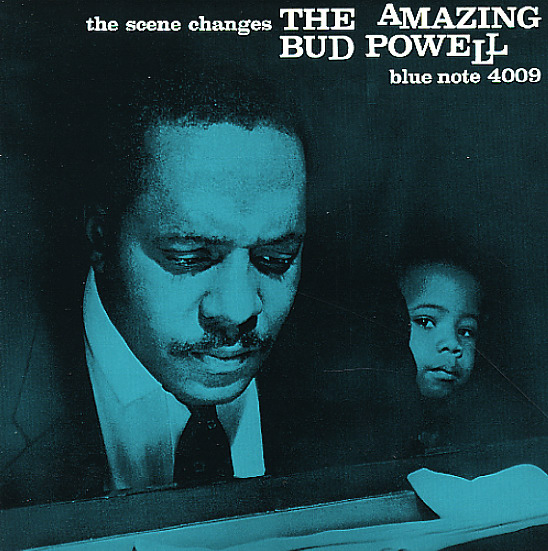 The scene may be changing, but nothing can dampen the fire of the great Bud Powell – and, if anything, this fifth installment in Blue Note's "Amazing" series may well have the pianist at his mature best! The rhythm duo are wonderful – more late 50s modern hardbop than some of Bud's accompanists in years past – the great Paul Chambers on bass and Art Taylor on drums, both of whom can bring the fire when needed, yet also craft their lines with these subtle touches that really match Powell's incredible dexterity on piano. Tunes are shorter than usual for a Blue Note album of this vintage – but mostly because all three players pack a hell of a lot into a very small space – and really make timeless magic on titles that include "Down With It", "Cleopatra's Dream", "Gettin' There", "Danceland", "Borderick", and "Duid Dee".  © 1996-2022, Dusty Groove, Inc.
(70s white b label pressing. Cover has a cut corner, some edge wear, and light surface wear.)

Inner Fires
Elektra, 1953/1982. Near Mint-
LP...$6.99
First-ever issue of material recorded live by Bud in 1953 – during a performance at Club Kavakos in Washington, DC – with a trio that features Charles Mingus on bass and Roy Haynes on drums. The set's from the private collection of Bill Potts, and is reasonably well recorded for the ... LP, Vinyl record album

Genius Of Bud Powell (2LP set)
Verve, Late 40s/Early 50s. Near Mint- 2LP Gatefold
LP...$14.99
A nice, nice compilation of sides cut by Powell for Norman Granz, from 1949 to 1951. Given Powell's well documented bouts with instability and alcoholism, there are several periods that lasted for months and sometimes years when he would go unrecorded. The first dates on this set come at the end ... LP, Vinyl record album

Live At The Blue Note Cafe Paris 1961 – Earl Bud Powell 1924 to 1966
ESP, 1961. Sealed
LP...$14.99 24.99
Rare sides recorded during Bud Powell's lost years in Paris! The set features Powell's piano in that famous Paris trio with Kenny Clarke on drums and Pierre Michelot on bass – working in a batch of tracks that features a fair bit of compositions by Thelonious Monk – a somewhat ... LP, Vinyl record album