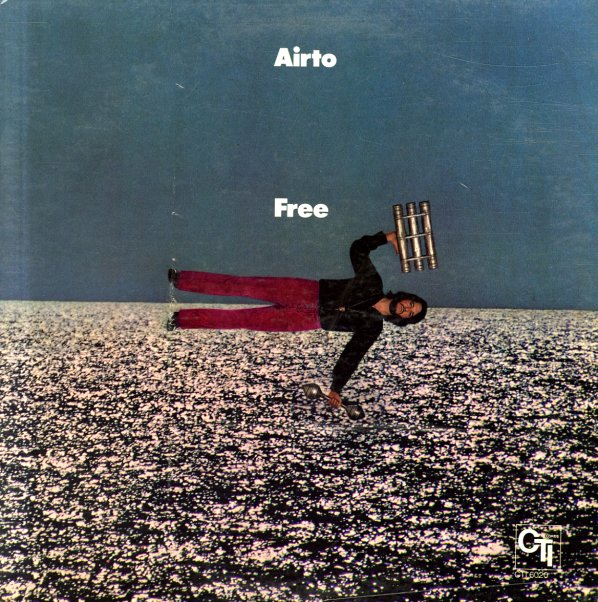 One of the coolest, grooviest albums you'll ever hear from the legendary percussionist Airto – a set that mixes his own Brazilian roots with the electric genius of 70s CTI – all with stunning results! Airto's in the lead – and blows some beautiful wood flute lines alongside percussion – but the album also features killer contributions from Joe Farrell on soprano sax, Hubert Laws on flute, Keith Jarrett on piano, and Chick Corea on Fender Rhodes – as well as a hip bit of vocals from Flora Purim as well! There's some added horns at parts – but the arrangements are relatively spare and subtle – so that most tracks have a core organic quality, very similar to Airto's work on Buddah/Cobblestone, but given a bit more of a CTI twist. Most tunes are quite long and free-flowing – and titles include "Lucky Southern", "Flora's Song", "Creek (Arroio)", and "Return To Forever".  © 1996-2021, Dusty Groove, Inc.
(Original pressing with Van Gelder stamp. Includes the CTI inner sleeve. Vinyl has a mark that clicks a bit on "Lucky Southern".)

Carnegie Hall Concert Volume 2
CTI, 1974. Near Mint- Gatefold
LP...$13.99
A surprisingly wonderful 70s meeting between Gerry Mulligan & Chet Baker – recorded live, with sweet electric touches from CTI – in a style that shouldn't work so well, but which really comes off great! The approach is simple – Mulligan and Baker solo in a manner that's a bit ... LP, Vinyl record album