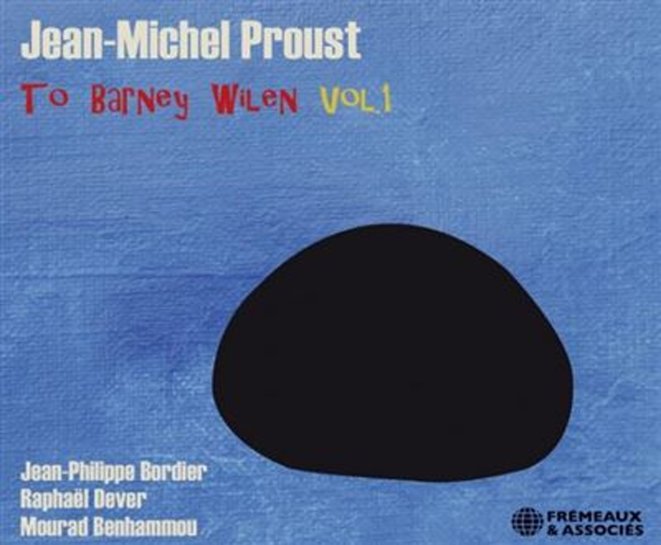 A tribute to the great French saxophonist Barney Wilen – but a set that stands more than enough on its own as a showcase for the tenor work of Jean-Michel Proust – a player we're not sure we've heard before this album! There's a laidback, easygoing vibe here – of the sort that would always bring out the best in Wilen's tenor years back – in a quartet with Jean-Philippe Bordier on guitar, Raphael Dever on bass, and Mourad Benhammou on drums. Proust is a great player – very imaginative in tone and texture – hardly a copycat of Wilen, but a player who might be worthy of his company – on titles that include "Passion", "Sometime Ago", "Solar", "No Problem", "Black Thursday", "Bluesette", and "Retrato Em Branco E Preto".  © 1996-2022, Dusty Groove, Inc.