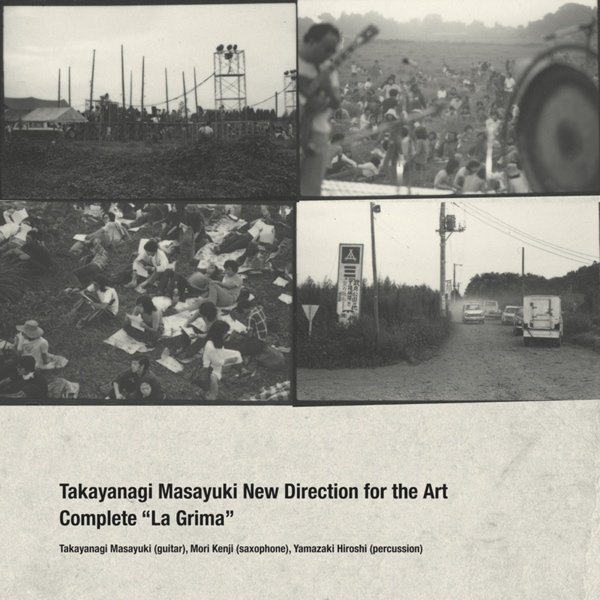 A blistering free jazz set from the Japanese scene at the start of the 70s – one that features all sorts of freak and fuzz from guitarist Takayanagi Masyuki, alongside the heavy drums of Hiroshi Yamazaki and freewheeling alto of Keni Mori! All three players must have been completely wiped out by the end of the set – but their energy shows no sign of flagging at all, as they make their way through the 40+ minutes of performance captured on the set – one long improvisation, titled "La Grima", and completely frenetic throughout!  © 1996-2022, Dusty Groove, Inc.