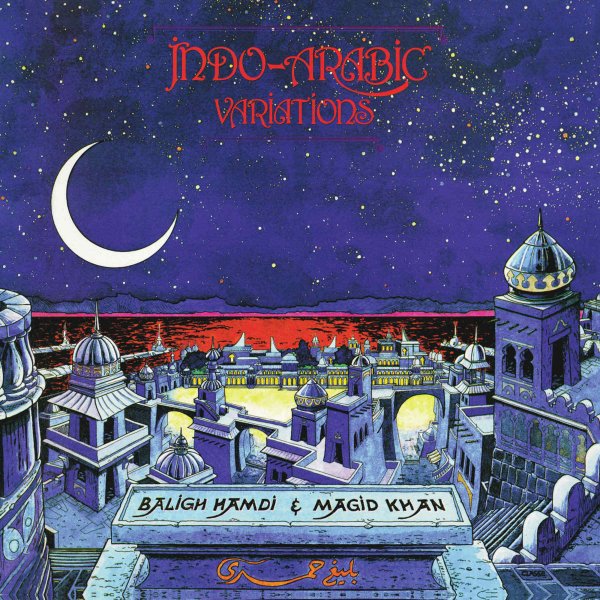 One of the most unusual fusions of styles you're ever likely to hear – as the set has Indian musician Magid Khan playing sitar over a set of Egyptian tunes composed by Baligh Hamdi – all in this amazing criss-crossing of cultural modes! The record features some larger arrangements from Abdel Halim Hafez – but the individual instruments really take the lead – not just Khan's sitar, but also work on tambura and tabla – balanced with Arabic instruments that include the ney, arghoul, darbuka, and qanun – all of which get these solo moments amidst the earthy rhythms that really drive the set! The album was issued by a French label at the start of the 80s, but the sound is all acoustic, and far more ancient in approach – almost as if the record takes us back to a secret meeting between musicians on the spice trail, on titles that include "Lahore", "Ennai", "Magnouna", "Achark", and "Sahara".  © 1996-2022, Dusty Groove, Inc.