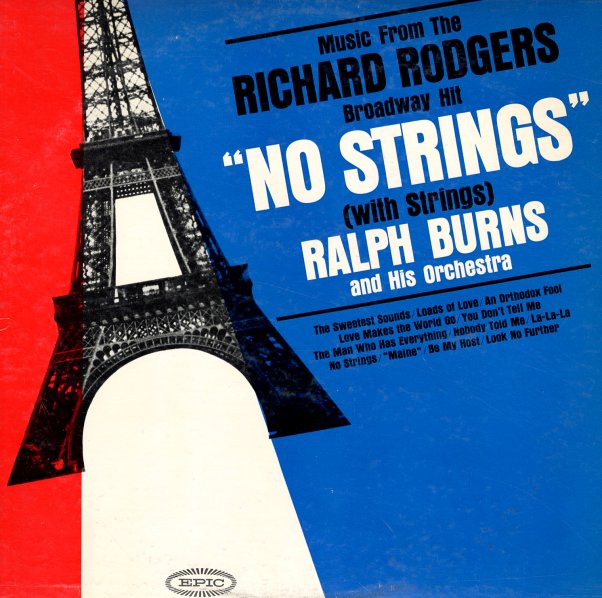 Music From The Richard Rodgers Broadway Hit 'No Strings'

Braff!
Epic, 1956. Very Good+
LP...$14.99
A great little album from Ruby Braff – simply blown in a small combo setting, with a strong focus on Braff's sparkling tone on the trumpet! The groups vary throughout the course of the set, but all players are pretty darn great – and tunes include guitar from Steve Jordan, vibes by Don ... LP, Vinyl record album

Pony's Express
Epic, 1963. Near Mint-
LP...$33.99
One of the few albums ever cut as a leader by the mighty Pony Poindexter – a great reedman who made great waves on both sides of the Atlantic in the 50s and 60s! Pony first rose to fame in the band of Count Basie, but he's also got a pedigree that includes work in both New Orleans and San ... LP, Vinyl record album

Act Of Jazz
Epic, Early 60s. Very Good
LP...$4.99
A pretty weird little record – one that features writer/pianist John Mehegan telling about "the act of jazz", the moment of jazz creation, it's idea, soul, inspiration, and just about every other aspect. Mehegan plays piano with a trio that features Dave Bailey on drums and Ernie ... LP, Vinyl record album