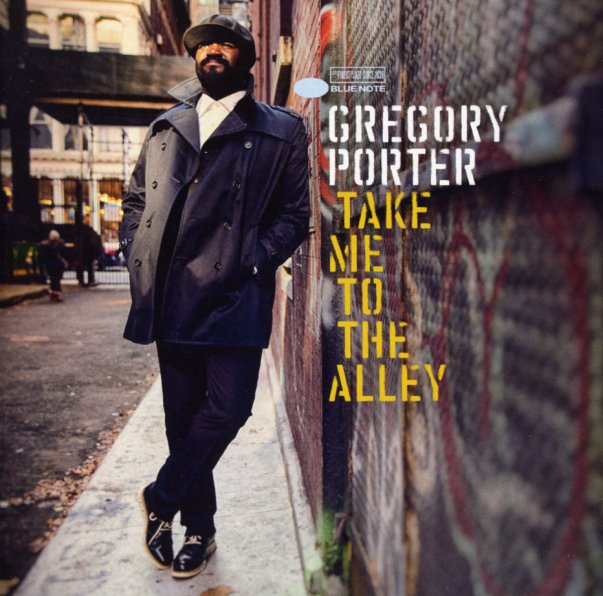 Also available
Gregory Porter — Take Me To The Alley ... CD 6.99
The greatness of Gregory Porter continues to grow and grow – as the vocalist keeps moving past the straighter jazz of his roots, into a role as one of the greatest soul singers of the 21st Century! Porter's got a depth and maturity that few folks have had in recent years – especially in the realm of male vocals – very much that manner of important 70s singers like Bill Withers, Billy Paul, or Al Jarreau – who were schooled in jazz, but worked more in soulful styles that gave them a wider reach, and helped them to find a very personal voice in the process! We'd easily place Gregory in that legacy – one that he's definitely earned by this point – and he sounds arguably even better here than on his debut for Blue Note – working with arrangements from co-producer Kamau Kenyatta, who mixes in just the right current of jazz to keep things on track with the energy we first loved in Porter's first records – while still really letting his new energy open up and soar. Titles include "Holding On", "Insanity", "Don't Lose Your Steam", "Daydream", "Don't Be A Fool", "More Than A Woman", and "French African Queen". Also features different versions of two songs, with guest appearances – "Holding On" with Kem, and "Insanity" with Lalah Hathaway.  © 1996-2022, Dusty Groove, Inc.

Take Me To The Alley
Blue Note, 2016. New Copy
CD...$6.99 14.99 (CD...$5.99)
The greatness of Gregory Porter continues to grow and grow – as the vocalist keeps moving past the straighter jazz of his roots, into a role as one of the greatest soul singers of the 21st Century! Porter's got a depth and maturity that few folks have had in recent years – especially ... CD