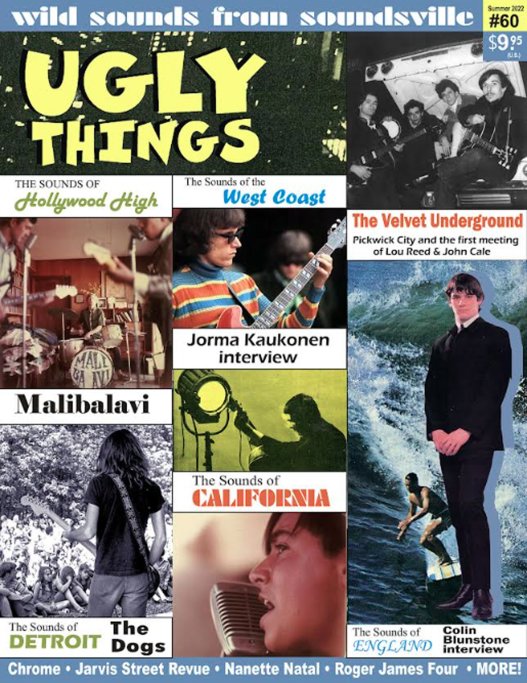 In case you didn't know it, we LOVE Ugly Things – as every issue, the magazine manages to give us maybe more content than we'd find in a single book! That's definitely the case this time around – as the issue has a fantastic feature on the early days of Lou Reed, John Cale, and Tony Conrad – with a look into the Pickwick Records scene and other strange forces that were at work in the early days. There's also interviews with both Colin Blunstone and Jorma Kaukonen – and one with Nanette Natal too – and the issue looks at the famous underground 60s LA band Malibalavi, and has more features on Chrome, Jarvis Street Revue, The Dogs, and Roger James Four – plus all the cool little columns and features that always make for a jam-packed issue! This one's almost 150 pages in length, with black and white images throughout – and more than enough to read to hold you over until the next issue arrives.  © 1996-2022, Dusty Groove, Inc.