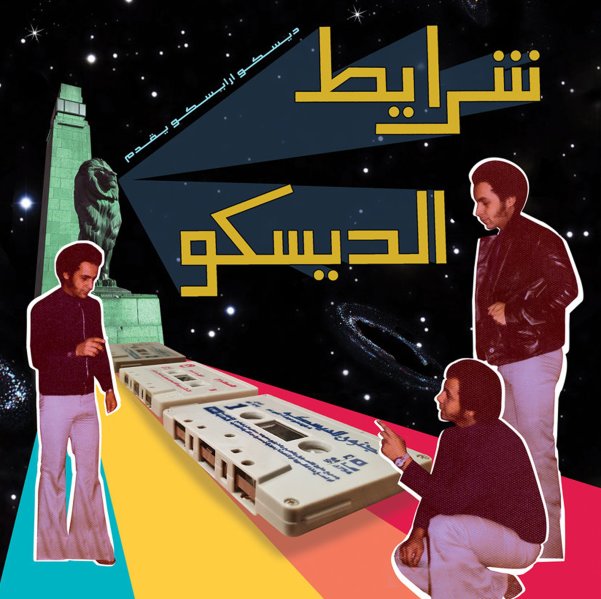 That's a pretty cosmic image on the cover, and the vibe of the album follows suit in a very nice way – mixing the best "future" modes of 80s music of the cassette generation with some more traditional funk and soul! The set opens our ears to a world we'd never have heard otherwise – and the music here has a surprisingly strong tie to some of the New York electro modes of the period – great basslines, keyboards, and some electronic touches that are balanced by warmer vocals by the Egyptian singers – all with a style that's a lot more soul-based and western than other Mid-East grooves of the time! Titles include "Donia El Arkam" by Frikit El Ensan, "Merci" by Simone, "Genoun El Disco" by Dr Ezat Abou Ouf & El Four M, "Hezeny" by Al Massrieen, "Ana Alby Har Nar" by Lebleba, "Mahsobka Endes" by Eman El Bahr Drwish, and "Tany Tany" by Araf Rady.  © 1996-2023, Dusty Groove, Inc.