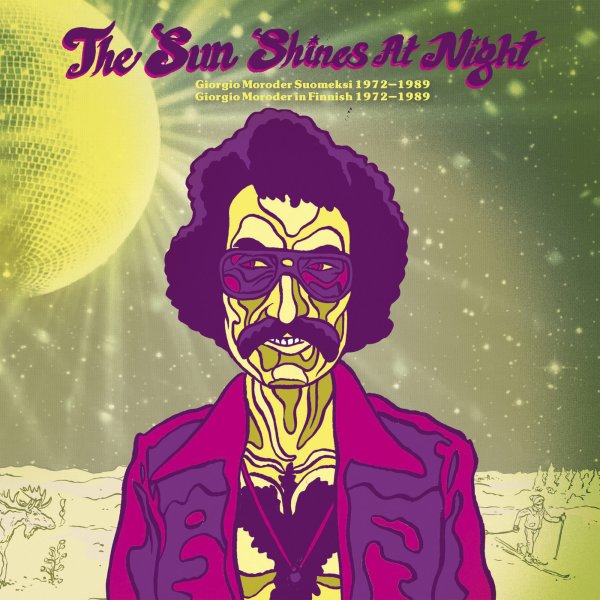 Also available
Various — Sun Shines At Night – Giorgio Moroder In Finnish 1972 to 1989 ... CD 16.99
The title's a bit misleading, as Giorgio Moroder didn't actually spend time on the Finnish scene – but the German superproducer had a huge influence on that nation's grooves during the 70s and early 80s – as you'll hear on this wonderfully weird and well-collected set! These are all cuts we never would have discovered otherwise, and they come together beautifully – starting out with a mix of compressed mid 70s pop with lots of sweet electric touches – then moving into some clubbier material that shows just how strong the Moroder influence was on the dancefloor scene! Given the change of language, and the catchiness of the tunes, there's also maybe a bit of an Abba vibe going on at points – and we mean that only in the best, most complimentary way possible. Most numbers are remakes of Moroder penned or produced hits, with vocals in Finnish – and titles include "Mika Fillis" by Mona Carita, "Lady Lady Lady" by Markku Aro, "Pista Valot Pois" by Eini, "Muuttukoon Maailma Taa" by Danny, "On Siita Aikaa" by Koivistolaiset, "Ohari" by Virve Rosti", "Luotan Rakkauteen" by Seija Simola, "Kay Mun Vierellain" by Tauski Peltonen & Meiju Suvas, and "Soita Mulle" by Mona Carita.  © 1996-2022, Dusty Groove, Inc.

Movements Volume 11 – Compiled By Tobias Kirmayer (with bonus 7 inch single)
Tramp (Germany), 1960s/Early 70s. New Copy 2LP
LP...$26.99 29.99 (CD...$14.99)
A set that's every bit as funky as previous volumes in this excellent series – but one that also seems to add a nice soul jazz current too – serving up a fair bit of tracks that would have been right at home on some back room jukebox in some old school south side jazz club! Most of the ... LP, Vinyl record album