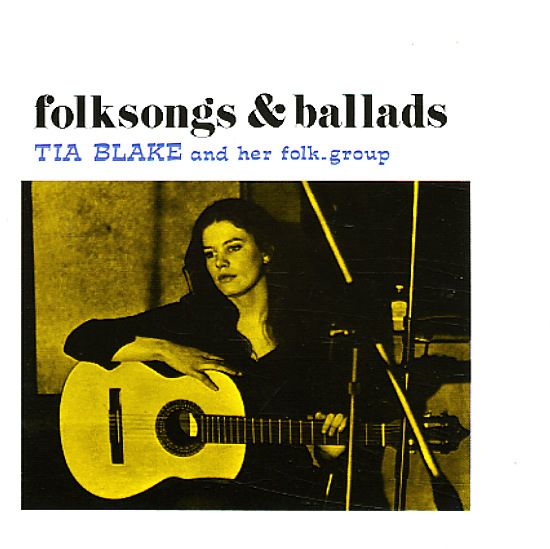 A rare treasure from the French scene of the early 70s – the debut of young singer Tia Blake – an Amercian artist who was living in Paris at the time of the record, and got a chance to cut this beautiful set in the legendary Saravah Studios! The sound is very lean and stripped-down – and although the record's got "folk" in the title, the approach here is much more modern – informed by the new experiments of artists like Joni Mitchell, Vashti Bunyan, and some of the hipper talents of the British scene – so that Tia's got a lot of jazz-influenced phrasing in her vocals – which are completely fantastic, and grip the listener right from the very first note. There's a darkness to Tia's approach – almost the moodiness of Nico at times – and even the familiar tunes are transformed, in part because of the added guitars and flute that join Blake on different tracks. Titles include "Turtle Dove", "Rising Of The Moon", "Hangman", "Jane Jane", "Single Girl", "Black Is The Color", and "Jesus".  © 1996-2023, Dusty Groove, Inc.