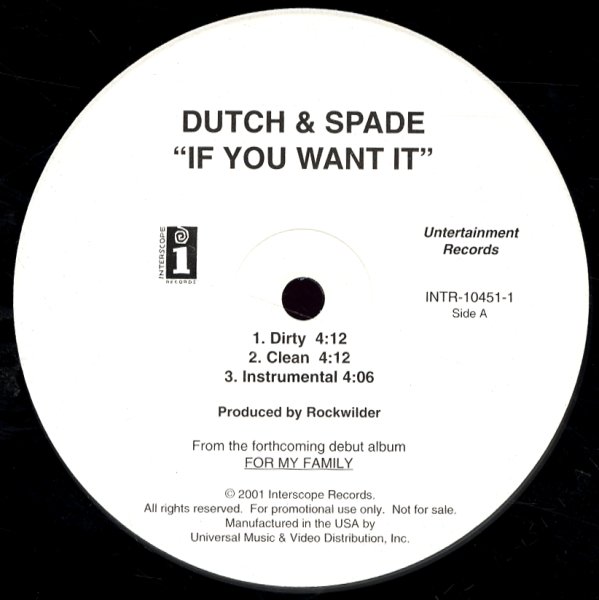 If You Want It (dirty, clean, inst)/Say What You Want (dirty, inst)

"If You Want It" produced by Rockwilder.