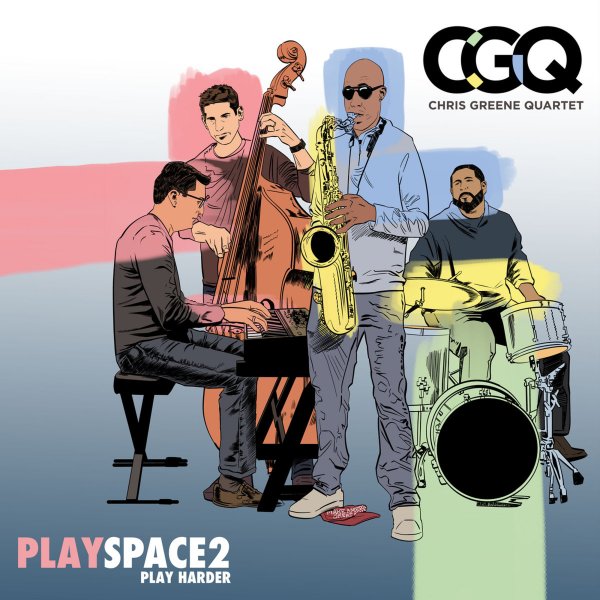 Saxophonist Chris Greene just keeps maturing more and more as an artist and leader over the years – a quality you'll definitely hear even before he blows his horn, as he speaks a bit at the start of this live performance – then rolls into some really great work on both tenor and soprano sax, both horns that really show his strong development of an individual style in recent years! The quartet is rock-solid throughout, in that they're very responsive to Greene's leadership and change of mood from track to track – with work from Damian Espinosa on piano and keyboards, Marc Piano on basses, and Steve Corley on drums and percussion. Titles include the originals "Samba Fu Maga" and "Divers" – plus versions of "Caravan", "You Win Again", and "Omi".  © 1996-2022, Dusty Groove, Inc.