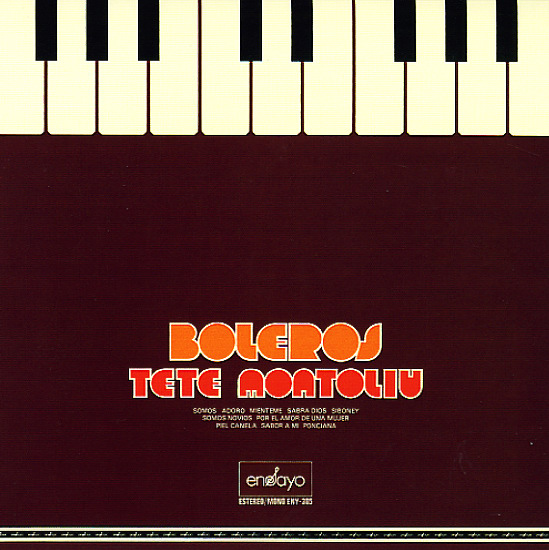 A set that's filled with some really wonderful rhythms – and a record that captures Spanish pianist Tete Montoliu at his best! The session features Tete's piano in a familiar trio setting, but one that's also augmented with congas too – which creates some strong Latin undercurrents, in ways that really suit the bolero tunes chosen for the date! Overall, the set's much more lively than some of his later work – especially some of his overly formulaic trio sides – and the Latin-tinged grooves open up the tracks with bright vistas of warm emotion, all the soulful depth that Montoliu shows when he's at the top of his game. Titles include "Piel Canela", "Sabra Dios", "Siboney", "Somos", "Somos Novios", and "Sabor A Mi".  © 1996-2022, Dusty Groove, Inc.

Blues For Myself
Ensayo/Ultra Vybe (Japan), 1977. New Copy
CD...$16.99
Really lovely work from pianist Tete Montoliu – the kind of subtly soulful session that makes his work of the 70s such a treat for those in the know! The trio here is Tete's group with Eric Peter on bass and Peer Wyboris on drums – both musicians who've been with Montoliu for a number ... CD