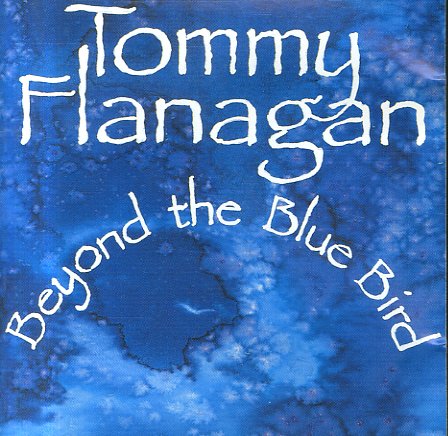 Also available
Tommy Flanagan — Beyond The Blue Bird ... CD 9.99
Really special magic from pianist Tommy Flanagan – exactly the of record that shows why his approach to the piano can be so great – this wonderful balance of fuller rhythms and lighter lyrical moments – given some equal spin here by guitarist Kenny Burrell, whose work in the quartet is every bit as great as Tommy's! There's a nicely understated vibe to the record – but just because the players make things seem so effortless – such a command of their instruments the moments of beauty just keep coming at a level that's breathtaking once you stop to think about the way they're spinning things out! The group also features George Mraz on bass and Lewis Nash on drums – the last of whom is perfect here – and this version of the album is a "part 2" to the original – with titles that include "Bluebird After Dark", "You Leave Me Breathless", "Blues In My Heart", "Barbados", "50 21", and "Something Borrowed Something Blue". Also features a bonus alternate of "You Leave Me Breathless".  © 1996-2022, Dusty Groove, Inc.