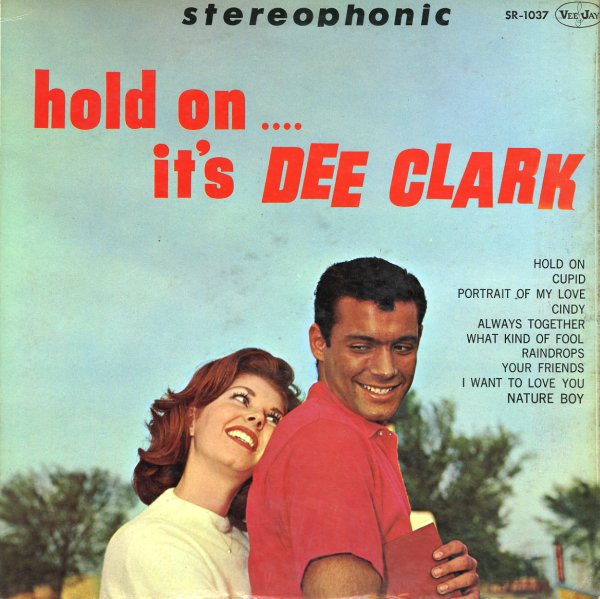 Hold On – It's Dee Clark

A real classic from Chicago soulman Dee Clark – and one of those crazy Vee Jay albums packaged in a cover with an image of young white love! Despite that cloying image, though, the record has a tremendous depth – and is a great illustration of the versatility of Clark at his best, especially on some of the lesser-known numbers. There's a vocal range here that easily matches Jackie Wilson at his best, and which nicely slides between ballads and more upbeat numbers – both done with some nice string-heavy arrangements. Titles include the classic "Raindrops", plus "Hold On", "Whisperin Grass", "Cindy", "Your Friends", "I Want To Love You", "Always Together", and "Portrait Of My Love".  © 1996-2021, Dusty Groove, Inc.
(Original mono rainbow label pressing – a beautiful copy!)

Brian Loves You
Early 70s. Sealed
LP...$44.99
Rare work – mostly with Brian on lead vocals, although Dennis Wilson sings lead on one track – and harmonizes with Mike Love and Carl Wilson too. Titles include "Mona", "Airplane", "Love Is A Woman", "Still I Dream Of It", "That Special ... LP, Vinyl record album