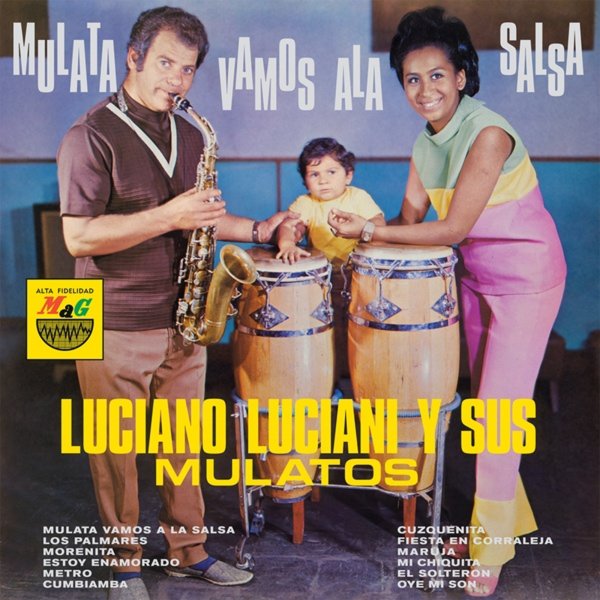 Saxophonist Luciano Luciani moved to Peru from Italy in the 60s – and by the time of this debut set from the start of the 70s, he was very much on top of the scene – working hard here to lead his tight combo through a jumping set of cumbia grooves mixed with a few other rhythms too! Luciano handles the saxophone parts, as you'd guess from his image on the cover – and vocals are by two different male singers, who each give the record a nice sort of flavor, depending on the track. The set's got a great small combo vibe that's like the grittier side of the New York scene – and titles include "Mi Chiquita", "Cuzquenita", "Fiesta En Corraleja", "Maruja", "Mulata Vamos A La Salsa", "Morenita", "Metro", and "Cumbiamba".  © 1996-2022, Dusty Groove, Inc.