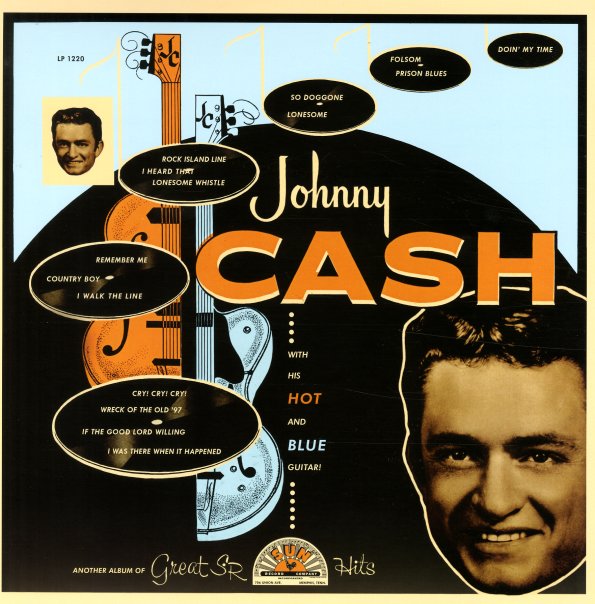 JA classic early full length set from the young Johnny Cash – a record that pulls together a range of great material done for Sun Records in the years before his near-lifetime move to Columbia Records! Here, you'll hear the evolving Johnny Cash sound at its best – some raw, rumbling numbers that have that choppy guitar sound and tight backing from the Tennessee Two – mixed with a few others that show the label trying out some of the larger production modes that Columbia would add in – but still in a very spare style overall. Titles include the classic first recording of "Folsom Prison Blues" – plus "I Walk The Line", "Remember Me", "Cry Cry Cry", "I Heard That Lonesome Whistle", "Doin My Time", "I Was There When It Happened", and "So Doggone Lonesome".  © 1996-2022, Dusty Groove, Inc.